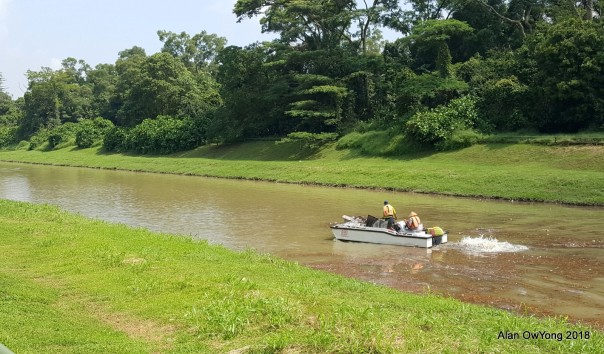 The bus depot had taken away many of the trees lining the canal leaving a narrower buffer.

The wild scape along the Ulu Pandan Canal fronting the Faber Crest Condominium was badly affected by three recent developments there. There is now only a small buffer of trees lining the canal due to the clearing of the forest for the building of the bus depot. The bird life has been impacted. This forest was where the Changeable Hawk Eagle had been nesting for years. Then the new IBP Road curved over another nesting site of the nationally threatened Purple Herons. Lastly a new condominium took away whatever greenery was left of the northern end. I used to see the Abbott’s Babblers here. 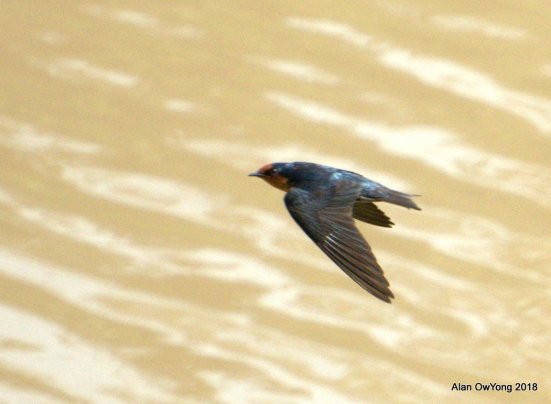 The Pacific Swallows were feeding and flying low along the canal making them easier to shoot.

Luckily the pair of Grey-headed Fish Eagles still come back to hunt for catfish at the canal. We been getting lots of stunning photos of these eagle hunting here recently.

A baby skink is as good as a fish for this White-throated Kingfisher.

I went down this morning to look for them but the fish eagles were not around. Either were the Pond Herons which should be foraging along the banks of the canal at this time of the year. Instead I recorded twenty-four other species in my one hour walk, a good number considering it was late morning. Most are the usual garden species but good to find a Grey-rumped Treeswift hawking for insects, a White-throated Kingfisher enjoying a baby skink, Asian Dollarbirds sallying overhead, a calling Drongo Cuckoo and a Brahminy Kite looking for scraps. 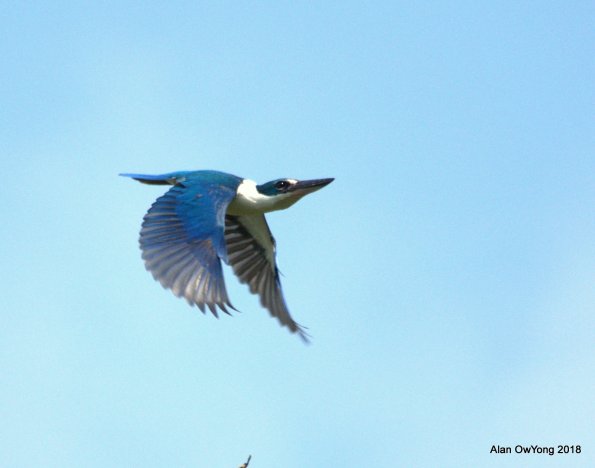 The more common Collared Kingfishers are well adapted to small forests patches and a fresh water canal for food. 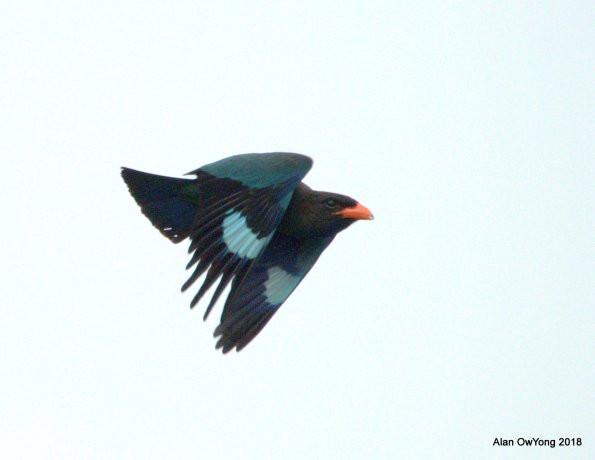 The hollow tree branches of the Albizias that lined the canal made good nesting holes for the Dollarbirds.